City of sound. Only very few cities are built to sound, but there are big sound cities, settlements where people are saying: we are living in sounds. A city can create its soundscape with a distinct quality to open the public spaces to become listening arenas. (See Symphony of Resonance by O+A documenta14, in reflection to Symphony of Sirens versus Symphony of Factory Horns by Avraamov 1917).

Sound is nutrition, we live in our sounds.

When sounds are flying easily around the house, the honey wind starts to blow.

Rainbow of sounds:  Arc-en-ciel, arc-en-sons:  (Le ciel des sons:  klanghimmel, the klanghimmel project in Vienna 2006): the sonic arc: all sounds are vehicles, big vessels, we can embark in sounds, we can be sound born. SonicArk project Aarhus 2017.

The score for the sounds of a city follows an annual cycle, this is the cycle of the ear, the map of annual sound tides in which we live, in which we work and sleep.

A sounding pillar which is made for interacting with wind, which injects  sounds into wind whirls of invisible windfalls. Tall houses create invisible windfalls, they would look very much like waterfalls which fall down the facade of a house.

Ear of the future

Our ears emit very fine sounds. Different signals out of each ear. Our bodies seem to communicate below our conscious hearing. Jacob Kirkegaard is creating a composition for voices based on the sounds emitted by the signers. His piece “earchestra” will be performed by Aarhus Pigekor 11. and 12.8.2017 in the festival the ear of the future at the Amphitheatre of the University Aarhus.

The sounds of an orchestra leave normally the site of the performance and have their own life. They fly with the wind and theoretically never ever disappear completely. They fly around the globe in about 25 hours, to return to their origin very very quietly.
A group of 12 children have entered the performing stage at the pre-opening of Aarhus2017 in October 2016 in the Theatre of Aarhus and recorded about 6 minutes of a piece by Schubert. The result of this pleasure recording you can provoke to fly around the wind pillars at Europaplads. Clap three times in your hands and the pillar will answer you with another clapping initiating the recording to be played for about 6 minutes (daily between 6-12am and 3-8pm, 10.6.to 4.8.2017).

Playground for the Ears of Blind People

Any space with remarkable acoustic properties can be a playground for the ears. For blind people however, the space has to be geometrically clear as for example the circle of the monument for the first world war in mindeparken in Aarhus. Almost every possible position has another star of echo lines. The most vivid spatial vibrations you may perceive 2m off the center.
A pleasure recording with Susan, Paul and Ole is to be heard between the wind pillars at Europaplads (10.6.to 4.8.2017). Ole named the echoing space of the monument a “storm megaphone”. So the wind pillars themselves can sound as a storm megaphone and mirror their multiplied sounds into the often stormy gusts of wind.

The Værkstedet Østergade 40 is a workshop for retired people. The main hall is full of big machines for metallic work, in the second floor we find a big wood workshop and a pottery with a firing furnaces and there is a third floor and a forth floor and even a terrace on the roof. “It is a house full of wonders, a true labyrinth”, where working, talking, drinking coffee, laughing and hanging out blend into a complex soundscape of post industrial slow motion. All of a sudden it is clear why and how permanent acceleration and dense noise of our everyday city life can erase personal memories.

(Virtual reality – real virtuality). Sounds circling in the air, accelerated by wind, can all of sudden be heard as an invisible windmill, if the circles are stabilized and stay at the same spot. Therefore the three pillars of sonicArk are positioned in the permanent wind whirl caused by the falling winds of the facade of the Europahused in Aarhus. The carefully designed array of the transparent loudspeakers stabilize and energize the the sonic rotation, which must withstand the sometimes stormy attacks of the Aarhus’ winds.  A permanent installed microphone serves as wind sensor, telling the broadcasting program the direction and intensity of the actual wind impulses.

Listening walk, sound experience walk, listening intervention in public spaces. A walk of a group of people who are guided by their steadily opening ears.

Playing the sound realms of a city. Listening as intervention in public spaces. From listening in open space we have to create sonic maps and plans. Sonic plans are the basic approach to build listening architecture to be able to create a new sound quality for public spaces in our cities.

(Virtual reality – real virtuality). A sound which rotates around its own axis. Either emitted by a rotating and circling vibrating object, and/or as a spatial hyper-vibrato, created y by micro-phasings, micro-delays, doppler-effects and multi-pannings in a multi speaker array of 24 to 48 (or more) speakers. A sound spiral which moves vertically up as in the sound tower 2002.

At the tip of Balticagade in the harbour of Aarhus there was a high iron tubular structure, which was able to process the wind as it would breathe. It was planned to use it as a performance site for the sonicArk project. But it was removed in the end of 2016.

The northern beach of Aarhus presents a wonderful echoic strip where the voices of swimmers, canoeists and sailors hoover over the water. During and after sun set these echoic effects change with the lowering of temperature and a possible calming of the winds.

Echoes of  the Bell of Birth

The method of recording pleasure, where twelve kids are running around with twelve mobile recording devices generates a database of twelve recording tracks, which can be synchronized to a certain extend. Because of the spontaneous movements of the twelve kids, there will be a numerous variety and differences in spatial and therefore micro temporal shifts. The richness of these differences is hearable as a spacious and vivid cloud of sounds when displayed in an array of at least twelve speakers tuned to a carefully chosen listening space. The cloud composition is a generative result of a social interaction and a performed choreography. I like to call it choreophony.

A sonoferous garden is a garden carefully curated to all sounds, which will inhabit the garden during day and night, during all seasons, following the cycle of years. In the traditional  Japanese culture the sounds of insects and birds, wind and rain are essentially composed by the arrangement and the choice of plants as a composition which reflects cosmological dimensions. A soundgarden is a listening island in the sea of noise which overflows all our civilized habitats. In a contemporary sound garden, we may find singing trees, whispering plants and vibrating winds, which interact with visitors, as they perform, walk or rest in calm.

The place where you stay for more than three nights will begin to tune and reshape  your personal listening map. After three weeks you are tuned to your site, after a few years you are so much part of all sounds co-habitating your space that you will feel their absence immediately. 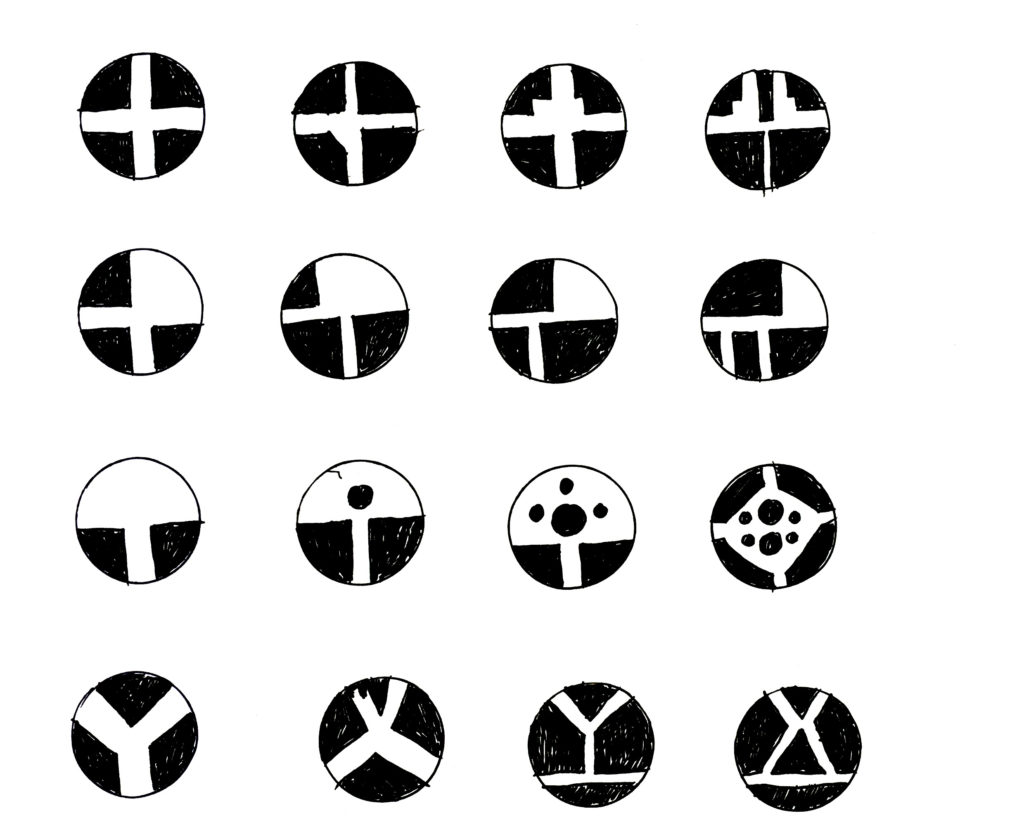